On the night of the 6th of April, 2018, residents of the Blue Mountains were given a fresh musical experience at the recently revamped Roxy Room of the Hotel Gearin, Katoomba. A unique combination of electric and digital hip-hop with charismatic prose got audience members really thinking about new possibilities for the classic genre, with sets from The Proxy, Rapaport and Butterfingers.

Topping the bill, rap-rockers Butterfingers were welcomed back all the way from Brisbane, having also performed at the opening of the venue earlier this year. With a large number of crowd members backing the act with their lyrical chanting, emcee Evil Eddie and his posse got the packed room bouncing with plenty of audience involvement and sing-alongs, fuelled by whiskey and adrenaline. Firstly making The Roxy Room vibrate with their raw spy-funk tones of organ, bass, drums, the set soon developed in intensity with Eddie strapping on a black Gibson SG for some thrashing punk tracks. With guitar now in the mix, the sonic heaviness of tracks like ‘Bullet In The Head’, the namesake of Butterfinger’s latest single and tour, could emerge. As ambient room energy peaked to a dizzying high, a memorable piece of audience participation took place with crowd member Matty taking the mic to sing ‘Yo Mama’, due to a request of Evil Ed. Pleasantly surprising the band and audience as he worked his way through the track with confidence, the man was elated to be performing with his heroes, and it showed. The microphone was also held out to some enthusiastic audience ladies, who provided the chorus vocals. Later on, ‘Everytime’, arguably the group’s biggest song, got the venue pulsing with typical razor-sharp wit cutting through on the PA. Toward the track’s end, the verbal sample of “worship Satan” was loudly recited, seguing into a raging live snippet of the Beastie Boys’ ‘Watcha Want’. After a few bourbon shots, keys, drums, and bass stayed onstage to jam briefly, before our MC returned for an explosive encore featuring ‘Bullet In The Head’ and a dynamic vocal cameo from MC Rapaport. 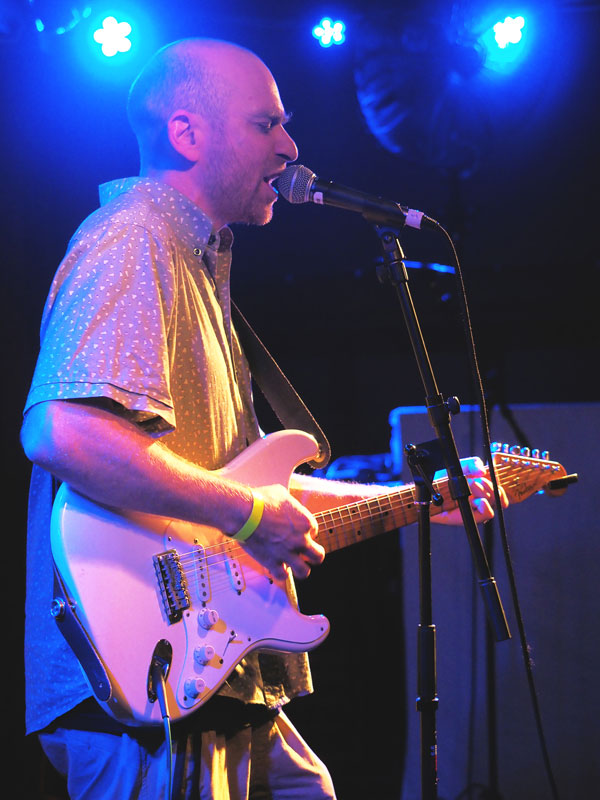 Butterfinger’s reputation as firm crowd favourites was tirelessly proved again, but not before Big Village record label chief Rapaport took listeners down a vibrant path with his intricate and introspective art rap. Endearingly appearing as a true oddity to those uninitiated with his style, the musicianship, dynamics, rhythms and sheer multi-tasking ability of the Rapaport duo was staggering. With emcee Rapaport primarily rapping whilst playing guitar simultaneously, busy group minimalism provided an intimate and fascinating set for music lovers and musicians alike. Cueing up backing samples on effect pads to provide the percussion and spine of bass for tracks, Rapaport and his astounding drummer Finn were unparalleled in their tightness. For such technical music, Rapaport effortlessly blended a variety of styles into the performance: a booming trap and grime influence with fast hi-hats and deep synth bass; a resemblance of upbeat and syncopated Afrobeat or African disco styles also being demonstrated. The set-list included some tracks from their latest Village Idiot LP, with the inclusion of down-tempo number ‘Don’t Sweat It’ allowing some respite from the complex rhythms and textures. Rapaport even included a hilarious live freestyle, incorporating words that were called out by the audience. Obviously coming from a jazz and fusion background, Finn masterfully accented specific lines of verses on his basic drum-kit setup; this notion of stripped-back instrumentation being maintained the whole night. 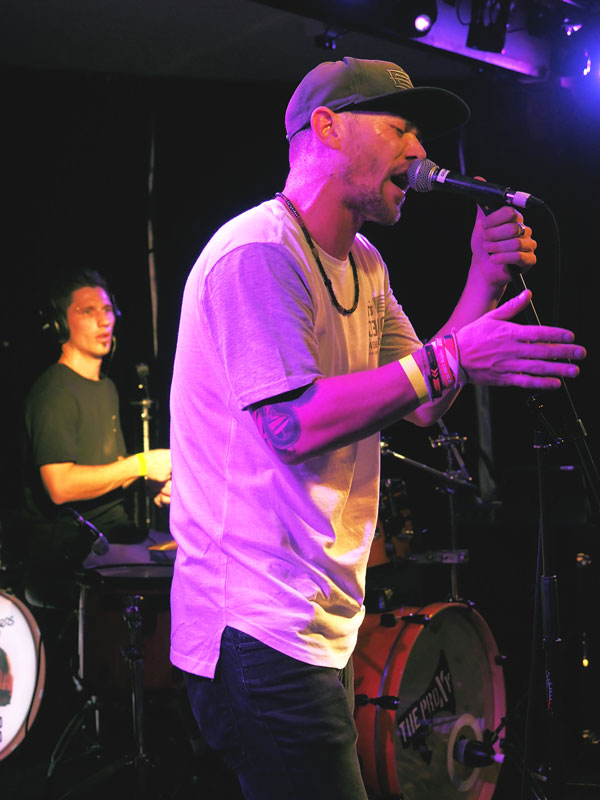 Opening act The Proxy, who were also due to the perform at Katoomba’s Live & Local micro-festival the next day got things hyped with a solid showcase of live funk rap. Again, a simple two-piece of drums and guitar backed-up both a lead MC and singer, with rude funk breaks shifting into melodic and expansive rock choruses. These impressive showmen owned the stage with their righteous energy, unperturbed by the size of the audience. Their impressive guitarist dished out sonic richness from a large pedal-board to make up for a moderate sparseness of the core musical duo. Psychedelic wah-wah solos, heady phaser and deep octaves could all be heard, with the set culminating in a free-spirited cover of Goanna’s ‘Solid Rock’ with the addition of rich female backing vocals. Seemingly blending a love of hip-hop with the melodic influence of groups such as Dire Straits or The Eagles, The Proxy enlivened and relaxed in equal measure. 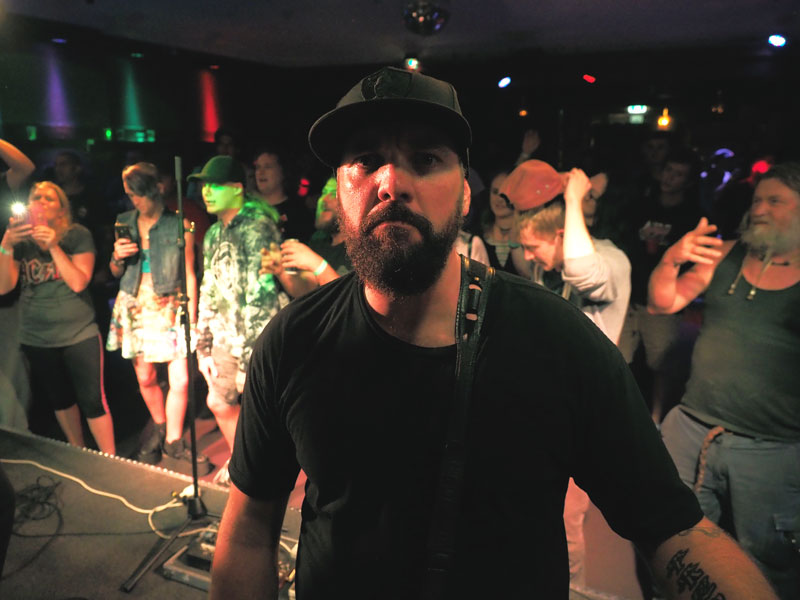 Ultimately, this leg of Butterfinger’s Bullet In The Head Tour with a fiercely different and uncompromising event, demonstrating inspiring new directions for a global form of music that’s existed since 1973. 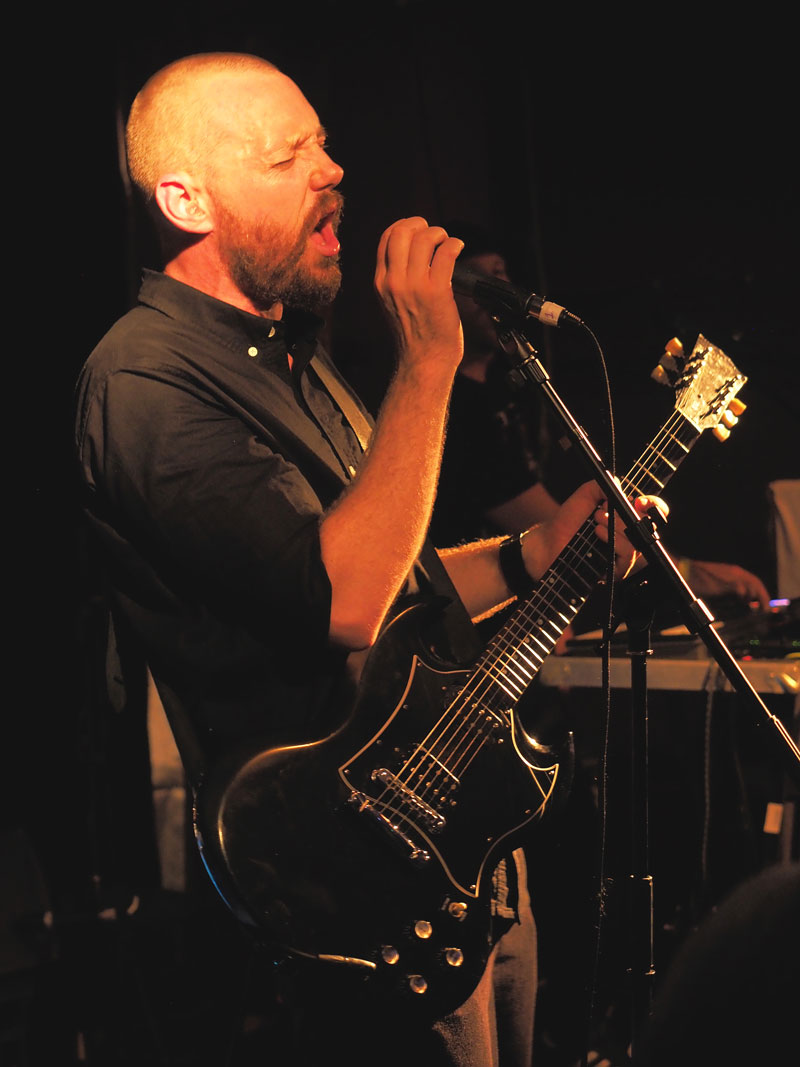