Released after playing tours in places such as Australia, Spain and the US, Sideshow Annie's 4th album, Big Black Dog, is the long awaited follow up to 2012's Ghost Town. Stripping down their sound from Rag ’N’ Bone duo to a new male heavy lineup, James Roy now joins on bass, with Matt Skelton joins on Drums and Wayne Edmunds on guitars. Main songwriters Gillian (lead vocal) and Eliot Reynolds took extended time create their superbly niche and uncompromising album. Though some tracks may have a wide appeal, this album is a deeply personal ‘inside job’; the mountain they had to climb.

Big Black Dog displays a diversity of genres from nostalgic rock and pop steam punk to bluegrass. Some solace is found in the heavy subject matter of the title track as with the track ‘My Warrior’, brought as a poem to the band by local indigenous artist Elly Chatfield. Esteemed didgeridoo player Charlie McMahon (Gondwanaland, touring artist with Midnight Oil) features on the song. Bagpipe player Brett Lee joins Eliot on his debut singing performance, ’Into The Sea’. Sideshow Annie is very pleased that they’ve taken on a whole new dynamic, just as the band were ready to hang up their top hats. After being active for 13 years, trademark charisma, versatility and boldness keep them a firm favourite on the live scene, evoking a classic rock element into their shows. 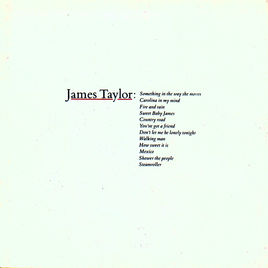 The LP’s being debuted with a full live listening at Katoomba’s Family Hotel on June 23, at what’s being called a Sideshow Solstice Celebration. With local music from 2pm till 1am, dressing-up is encouraged, entry is free, and there’ll also be surprises and giveaways.

A bonus hotel makeover should make this an unmissable event.