Kevin Borich delivers his music through his firebrand guitar mastery, in a powerhouse trio the Kevin Borich Express currently featuring very talented pair of Jon Carson on drums and Chris Gilbert on bass guitar. Usually delivered in two sets, the Express covers a wide range of funkin’ rockin’ blues in a high impact live performance with the same intensity as Kevin did with Carlos Santana in the 70’s.

New Zealand born, Kevin recorded his first single with Astor Records at age 12 and his music career has now spanned over 58 years, including as, a founding member to one of New Zealand's most successful bands of all time, the La De Das. La De Das, penned hits such as 'Gonna See My Baby Tonight' and 'No Turning Back'. In the band's first trip to Australia in May 1967 they played support at the old Sydney Stadium for the Easy Beats who had just returned from the UK.After moving base to Australia, the following year and subsequent various line ups the La De Das disbanded in 1975.

Through his various Kevin Borich Express line ups from early 1976 as well as co-founding the legendary The Party Boys in 1982, of which he has featured in every line-up of the super group, Kevin has become a quintessential stalwart in the Australian and New Zealand music scene.

These days, Kevin’s still doing what he does best, writing records, releasing new music whilst maintaining his live performance firebrand with rock music historian, Ian McFarlane. Now in his 70th decade 'KB', as he is known to friends & fans, holds his own to this day. And he loves the meet and greet after the shows.

In 2017, Kevin Borich Express celebrated the 40th Anniversary of band’s debut album 'Celebration', originally released in 1977. The album was favoured by critics and peaked in the top 30 on the Australian albums charts. In late 2017 he also re-released the La De Das seminal album Rock and Roll Sandwich. A master of his own musical destiny these releases and many others are available on line through his web site:

Doors open from 7pm. Tickets: $30 presale @ www.kevinborich.com.au/ or $35 on the night at the door. Strictly 18+ only. Tickets are limited. 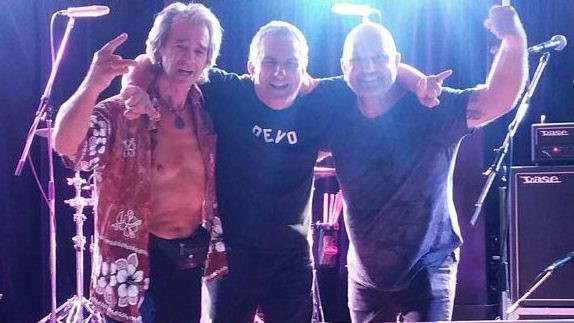