Mirusia - The Angel of Australia live @ The Joan

Australian – Dutch soprano Mirusia, acclaimed as the Angel of Australia, will be performing From the Heart for one night only at The Joan.

Mirusia’s touring concert, From the Heart, hasreceived outstanding reviews, touching the hearts of many audiences. Her performances have been declared heart-warming, personal, and leaving you “no choice but to love Mirusia.” Best known as Andre Rieu’s star soprano, Mirusia is sure to wow audiences in Penrith at The Joan Saturday 30 June 7:30pm.

Mirusia studied opera at the Queensland Conservatorium in Australia and at the age of 21 was announced as the youngest ever recipient of the prestigious Dame Joan Sutherland Opera Award. Her career blossomed when she toured the world for 10 years as a featured soloist with the Johann Strauss Orchestra, led by the acclaimed violinist, André Rieu. She has since released five solo albums, and was the first classical artist ever to receive a No 1. ARIA Award, after topping the ARIA DVD charts.

Become one of the millions of fans who marvel at the clarity, dexterity and the exquisite sound of Mirusia’s voice and her chamber orchestra as she performs songs including I Could Have Danced All Night, Memory, You Are So Beautiful, Colours of the Wind – known from the Disney movie Pocahontas and thesurprise of the evening; Queen’s Who wants to live forever.

Mirusia and her orchestra will wow with her command of opera, musical theatre, pop and jazz styles.Don’t miss your chance to be part of the audience for this stunning performance in The Joan’s Concert Hall on Saturday 30 June at 7:30pm. 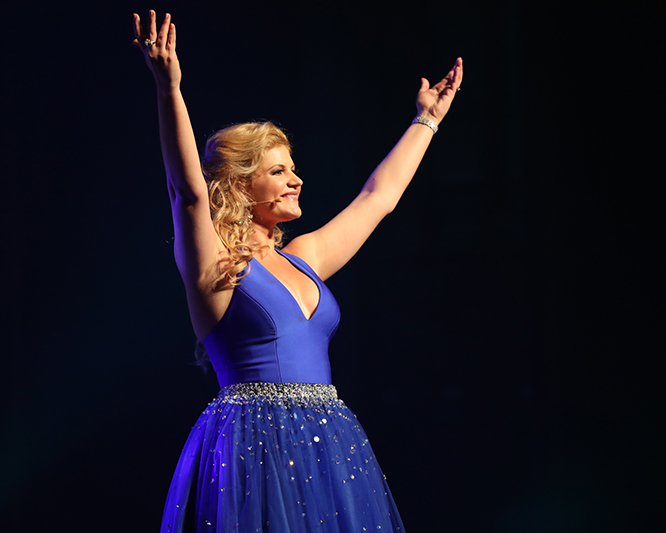