The new face behind live music events at the Roxy Room in Katoomba,
Max Skilbeck-Porter is bringing his bloom to the new room.

Growing up in Sydney, Max used to go out a lot to to places like Oxford Street, going to old school dance clubs that played 60s and 70s music. It eventually led him to bluffing his way into a band that were looking for a bass player that could also drum, he tells Willem Hendriksen over a crackly phone line in Katoomba.

“I joined this band called Whipped Cream Chargers, I couldn’t actually play bass that well, but started playing gigs with those guys before they eventually moved to Melbourne,” Max says.
After diving into the music scene through performing, he had the opportunity to put on weekly gigs in Glebe Point Rd.
“I started putting on these gigs at this place called Bar 99 because I felt that there was a space for that. Every Sunday I’d get local acts in, I never really had a plan to become a booker, but I kept getting into these situations where I had the opportunity to do it.”
As happens in the music industry, Max next learned how to become a sound engineer out of necessity, curiosity and just being around shows all the time. A family friend knew Sydney Uni’s event co-ordinator for Manning Bar, Dave Springer – legendary tour manager and FOH engineer – who taught him sound engineering.
“One day a friend saw on Facebook that they needed a sound guy at the Union Hotel in Newtown, I think Darren Cross of Gerling was playing. I eventually became the regular sound guy. A year or so later they asked me to take on booking the venue and I’ve been doing that for 4 years now,” tells Max.
During this time Max founded his company Bloom Presents, when he settled on a name that reflected the industry around him.
“It’s about musicians having resilience and still doing their thing, a reminder to try and stay optimistic!” 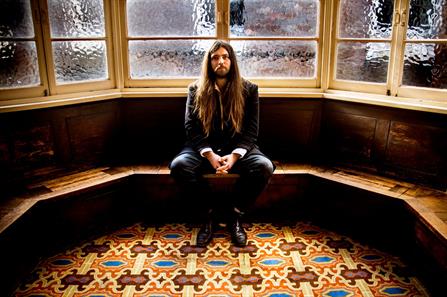 BASEMENT CLOSURE
The Legendary Sydney venue The Basement was also a desk Max was comfortable behind. “The Basement had a rotating roster for sound engineers like most venues. It’s really about the people you know in this industry, there’s rarely a sound guy job listed.”
“I did sound for Kele from Bloc Party on the second last night, and the last show was Steve Clisby. When the Basement closed there was no big farewell gig, it just felt like any other gig really, there was no grand send-off”
Since taking on the role at Roxy Room / Gearin Hotel, Max has found the freedom of the Blue Mountains music scene has been a breath of fresh air, saying “Surprisingly in the Mountains there’s more freedom and less regulations than in a big city like Sydney. Trading later, no sound restrictions, being trusted to sit outside til 3 in he morning...”
His plans there have been hooking up with prominent booking agencies around Australia, getting the venue on the map for national tours and booking higher profile acts to bring attention to the space. He also wants to give opportunities to local acts to help sustain the local scene, giving them a platform.
“For me it’s been all about persistence, seeing opportunities when they arise, seeing how far I can take them. Fortunately I’ve been able to stay busy for the last decade!”
“The Bloomin’ Heck concept is to provide an opportunity for punters to see great emerging and lesser known talent, as well as just giving bands a stage to play on without the pressure to pack out the room."

Local bands are welcome to send demo’s and PR for Bloomin' Heck to  max@bloompresents.com