Gearins Hotel Were Hosts To The Hottest Hip Hop Lineup

The Gearins Hotel was the place to be for hip hop fans on Winter Magic night. Toasted Loops, the monthly hip hop event bringing both local artists as well as some from Sydney, Newcastle, Wollongong and sometimes even Melbourne up to the mountain top, were hosting the huge Winter Woodstock special, and fans poured in from the minute doors opened to catch a typically diverse lineup.

A fresh and new voice in the scene, Katoomba local O-Menace (pronounced 'ominous') kicked things off in a dark and moody fashion, before former mountains dweller and head of the Catalyst Punk label El' Jistos performed a set entirely of new and unheard material from his forthcoming record Everyday People.

After taking a short break from gigging, funk / soul / hip hop collective Cooking with Caustic returned to the stage in top form, with another set made up of brand new songs topped off with a sneaky preview of a track featuring Jacob Quest and Otherside. Always an act guaranteed to put on a powerful and energetic live show, Otherside had the crowd of regular punters and new faces alike hanging off their every word. The boys invited folk star Andie Isalie up on stage to lend her voice to their track Water Under the Bridge, and got the crowd moving with their fierce new single Slug, due for release in the near future.
Sydney trio True Vibenation rounded out the night with their blend of live horns, smooth singing and fiery fast paced raps. Another act to road test some new material from their third album, new tracks Heaps Good and the World is Ours were rewarded with huge applauses and dancing from the audience.

All images were captured by Pat Bowden. Featured image is Andie Isalie performing with Otherside. 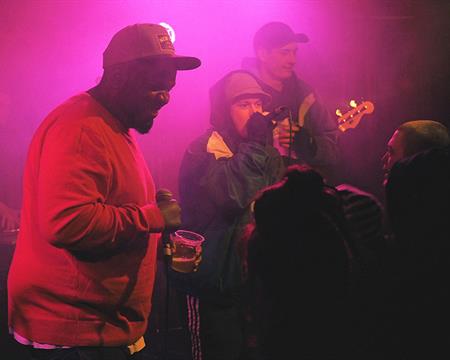 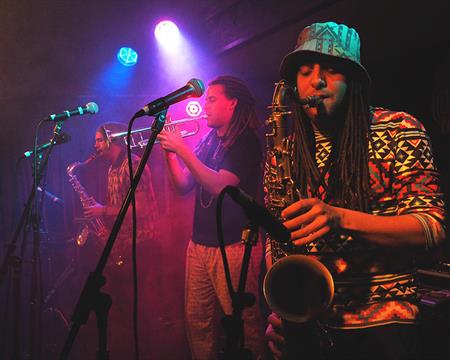